What is the four-fold state of man? What is the “state of innocency”? The Bible tells us God created man “upright,” what does that mean? Why is it important that Adam and Eve had the power to will and do that which was good? How was humanity able to be well pleasing to God before the fall? What relationship does the fall have to human responsibility? Tune in as Nathan, Joel, Shawn, and Kyle discuss WCF 9.2:

Man, in his state of innocency, had freedom, and power to will and to do that which was good and well pleasing to God; but yet, mutably, so that he might fall from it.

For more resources on today’s topic check these out:

Human Nature in its Fourfold State by Thomas Boston

The Bondage and Liberation of the Will by John Calvin

The Bondage of the Will by Martin Luther

Divine Will and Human Choice by Richard Muller

Election and Freewill by Robert Peterson

Willing to Believe by RC Sproul 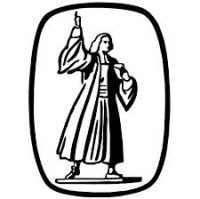